“There’s no real country music anymore!” “Country music is dead!” These are cries heard on Facebook every single day. Multiple times. And it simply could not be farther from the truth.

I am a part of over 30 country music groups on Facebook. I see thousands of posts from these groups every week. And the theme that appears every single day is that country music has changed. That it’s not the same. That it’s dead. That there are no real country artists anymore.

And every single time I hear it, it makes me question if what I’m doing here at The Armadillo even matters.

I will go on the record here and now saying that I believe Whitey Morgan and the 78’s and Cody Jinks are the best two artists going in country music today. They have more than all the heart needed to be real country singers, and they are keeping the traditional spirit of country music alive and well through their music. Every time I see one of these comments about how there are no real country artists anymore I usually always post a link to Cody Jinks’ “Cast No Stones”, a song so damn good I will put it up against country songs from any decade.

But usually the people who make these comments just ignore the song, and come along on the next post and echo the same sentiment.

The Current State Of Country Music…

The truth is, country music is at a crossroads. It is currently a battleground. There is a revolution waiting to happen. There is enough dissension from supporters of country music who dislike the current state of the art that if they were to unify and actually work to make their displeasure heard that Nashville and the country music recording industry would have to take notice.

Nashville and the recording industry do not care if you don’t like current, modern day country music. They do not care. I cannot stress enough that they do not care. They are getting along just fine without you, and you not liking what they do would just get in the way of them doing it, so they are fine with you staying away. They are fine with you going out and buying classic country CD’s. That money is still going back into their machine that continues to produce the current country music so many lament.

The artists working to keep traditional country alive are ones Nashville pretends do not exist. They don’t want you to know they exist. They want to hold up Luke Bryan and say “This is our king, and Cody Jinks does not exist!” They control what is played on the radio and what is not, and they aren’t going to give any radio air time to artists who they don’t support. You cannot listen to modern day country music radio and expect to hear the real artists keeping the spirit and traditions of country music alive. And sadly, it seems there are a great many fans who automatically dismiss any country artist not receiving the backing and promotion of Nashville and country radio. We no longer live in an age where the radio will spoon feed good music to the listener.

30+ years ago, you could take a record down to your local radio station and have it played. As long as the listeners liked it enough to stay tuned in and kept calling in to request it that song would remain on the radio. Today’s radio, however, is almost entirely corporately owned. They have strict playlists of what can, and cannot be played, and they only play what they think they can make money on. How good a song, or an artist is simply does not determine their ability to make it on country music radio, or in Nashville. It hasn’t for decades now. 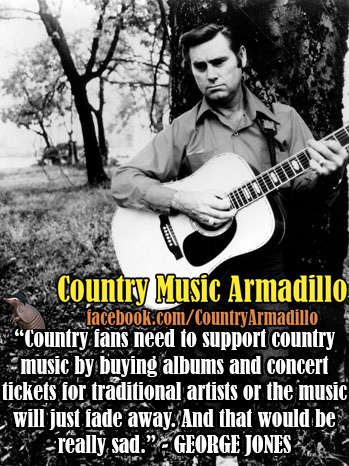 The times have changed. The way we get our music has changed. The radio is, in my opinion, losing it’s ability to determine who the stars are, and are not. There are so many other outlets where we can find, listen to, and support the music we love that artists no longer need that air time to become stars.

That’s how Nashville and the recording industry win. You stay quiet, that artist they don’t want to acknowledge doesn’t gain any traction, and they can keep on putting out the music they want with no consequences. 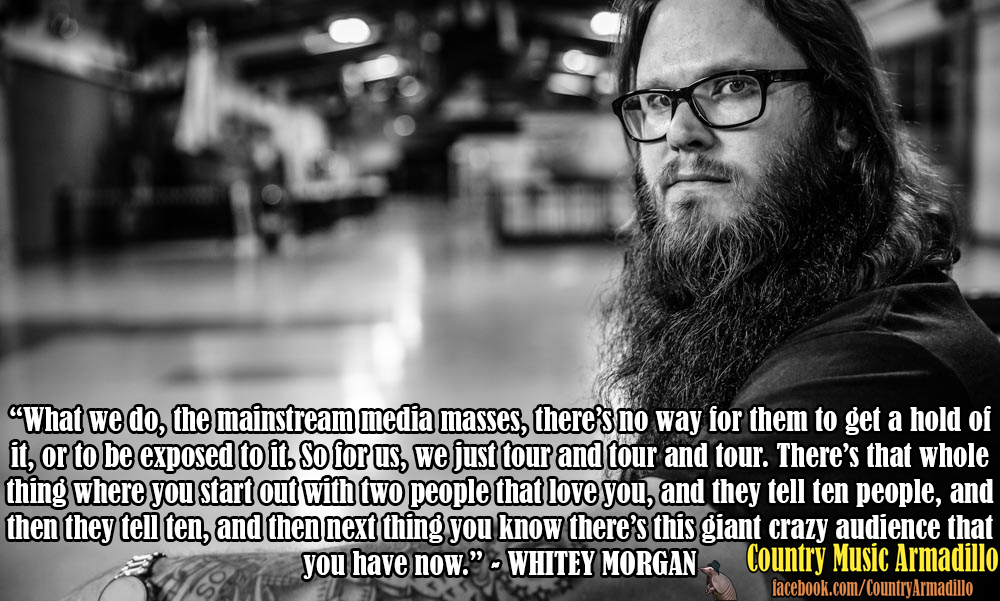 This wouldn’t be such an issue if only Nashville held up Luke Bryan and said “This is our king and you should listen to him,” but followed that up with “And this is The Dallas Moore Band, and you should listen to them to because they are pretty good in their own right!”  There is nothing stopping Nashville and the country music industry from promoting guys like Jamey Johnson, Shooter Jennings,  Hank III, Sturgill Simpson, Dale Watson,  Peewee Moore, Eric Strickland, Colter Wall, Whey Jennings, Josh Morningstar or many countless others under a “traditional” country banner. It would be both easy and profitable for them to do.

But Nashville? They are more interested in keeping up appearances. They are too concerned with fighting for relevancy with the rock, pop, and hip hop genres to be bothered with anything that they think would make them seem “less cool.” So they keep churning out music that they think is “cool”, they ignore the artists who are clawing to keep the art of true country music alive, and the art of country music fades away a little more every day.

People talk about saving country music all the time. Everyone is looking for the next big artist to come along and bring the music back to what it used to be. That’s simply not the way it works anymore. If you want to save country music you have to get off the bench and into the game. You HAVE to find new artists who are keeping the music alive and support them. You have to get out and see them when they come to town, buy a T-shirt, buy a CD, buy a coozie, whatever you can. THAT is what keeps these guys on the road. If you can’t do that at least go to their websites and buy their music from there. Tell your friends. Help spread the word.

Anything less is to stand right alongside Nashville and shovel dirt down into the grave they have dug, and are currently trying to bury country music in.

Thanks, Kris. You’re still right on the money, even almost 50 years later.

Friends Of The Armadillo: